In Conversation with Richard Palmer

Richard James Palmer is a British photographer from South Shields, UK. He spends his time documenting the North East of England, using a Mamiya 7ii and Ilford Hp5, Richard has recently self published a book on his Home Town, “Home Sweet Home” and is currently working on a 365 project using Fuji Instax Wide and continuing to document his home town for Home Sweet Home volume 2.

RP: Hi Richard, please tell us a bit about yourself.

First of all just want to say thanks for letting me do this Robert I really appreciate it.

My name is Richard Palmer, I’m 30 and I live in Newcastle Upon Tyne (North East of England) with my girlfriend Tracy and our dog Marcelle.

I have been a photographer for 15 years and have been concentrating on a mixture of documentary, street and portraiture for the last 3 years. 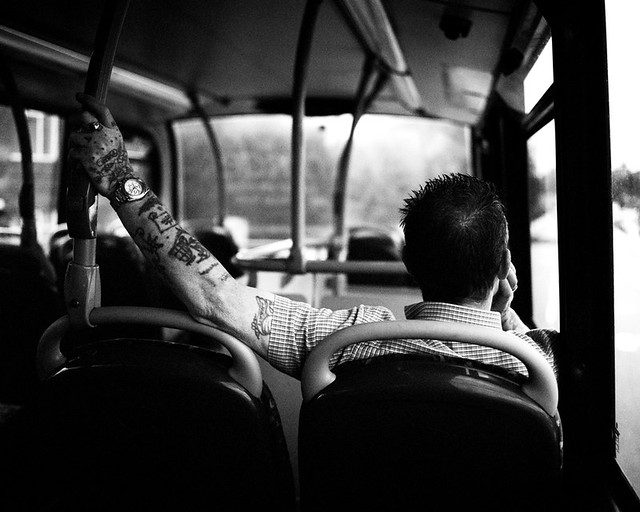 RP: what inspired you to become a photographer?

I didn’t really know what to do when I left school so my mam suggest many different things but photography was the one that seemed the most interestin. My mam was a photographer when she was younger and gave me a camera, in fact it was her first camera. I took one photo of a friend doing a skateboard trick off a ramp we made. That photo made me realise that I was good at something. I look back at the photo now and it isn’t actually very good! But, it set a path for me to want to take photos for the rest of my life. 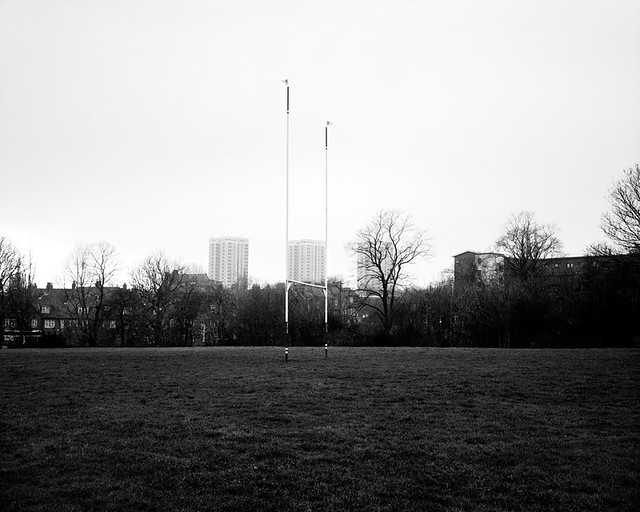 RP: Tell us a bit about the book you’ve published, it looks great!

Well firstly thank you for buying it Robert. I love documentary photography and knew that was what the book was going to be about but I needed to figure out what I wanted to document. I had loads of ideas that I wanted to try but none that really made me excited. None that made me want to go out and shoot every week. Home Sweet Home is about the people and places that are on the fringes of society and I suppose celebrating the good and bad of Newcastle.

The whole book was shot using just one camera, one lens and one type of black and white film. It was a project three years in the making. I could have carried on but I finally realised I needed to stop shooting, put the book together and move onto the next project. 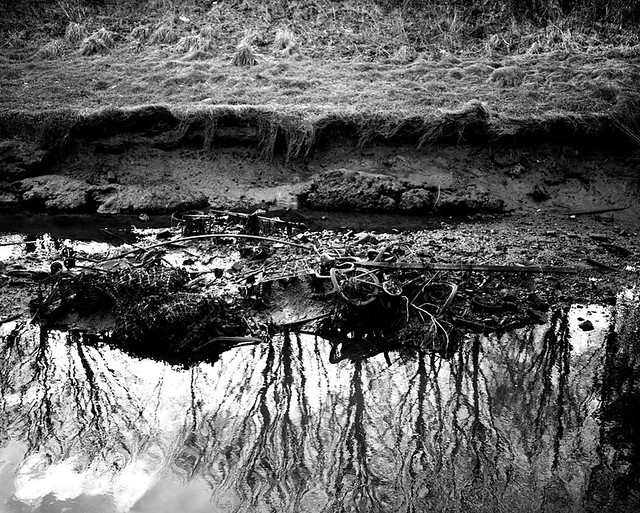 RP: what project/projects are you working on right now?

I’m working on 3 different projects at the same time, the first is a 365 project using Fuji instax wide film. The aim of the project is for it to represent my life day by day). The second is a documentary project on my Nan: her house and belongings.  The third is a project of portraits against a wall on a Polaroid SX-70 in black and white, this project is just all the people I work or worked with against a brick wall. I will do a Home Sweet Home volume 2 at some point too but this time I want to focus on South Shields where I grew up. 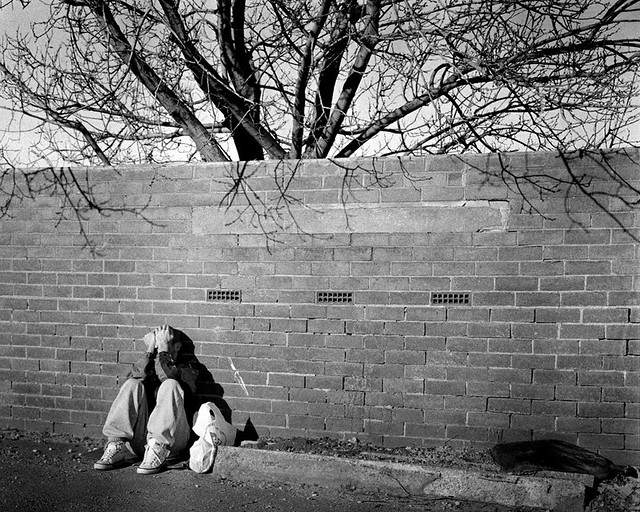 Well photo books do and I like Instagram as well. Photobook-wise Chris Killip – In Flagrante Two was the biggest inspiration for my work but also Robert Frank – The Americans, Simon Roberts – Motherland/We English, The Late Tim Hetherington – Infidel and Jim Mortram – Small Town Inertia, he’s actually bringing a book out soon which I am very much looking forward to. 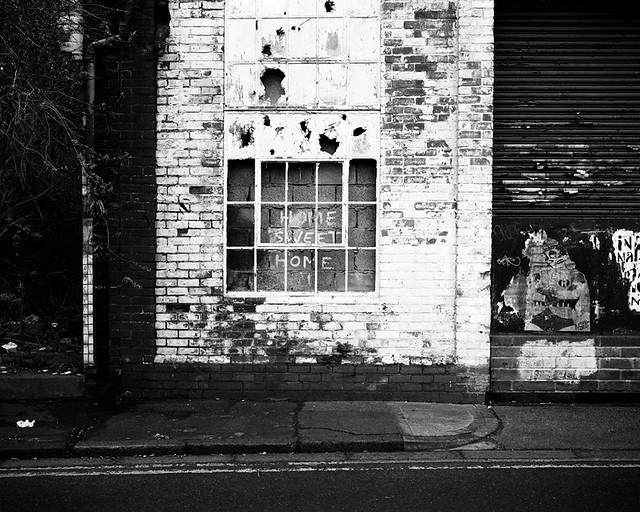 I think it is the closest we will ever get to freezing time, I look back at portraits I have taken of my family or friends and it fascinates me that you have managed to freeze that moment (if you’re careful enough) forever. For example, in Home Sweet Home I took a portrait of a man eating a kebab in the middle of the day in a same shopping centre in Newcastle, that shopping centre has since been demolished. It’s stuff like that which makes me continue shooting.

RP:  What cameras did you shoot with and why?

I bought a Mamiya 7ii 3 years ago, I love shooting film and don’t have any digital cameras> I don’t want anyone to think that I think that I am somehow better than anyone who shoots digital because I shoot film. For me, film is just better. I like the struggle and limitations of film.

The Mamiya 7ii is a medium format rangefinder and in my opinion the best camera ever made, the lenses are crazy sharp, the shutter is a leaf shutter so it’s really quiet which is perfect for street shooting. For my 365 project I  am using another rangefinder, a Polaroid 110B which has been converted to shoot Fuji instax wide. Rangefinders are my favourite type of camera these days and don’t use anything else 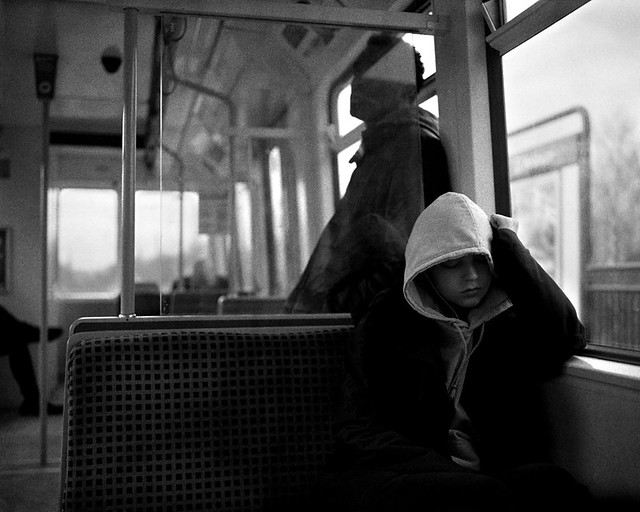 I guess anything can make me take a photo but obviously the photo has to have something special so it can work in a project/book. What I learned from self-publishing a book is that, when you are going through the process of selecting the photos, a photo doesn’t always have to have something to work in a book, the narrative of the book is the most important thing.

This is probably the same for most other photographers who answer this question but the photos I missed are the biggest regrets for me, they are somehow burned into my brain where I can’t forget them for a while and from time to time I think about them even now.

Thanks for the opportunity Robert and if anyone is interested in buying my book or looking at the photos, you can go on my website http://www.richardjamespalmer.com/

One thought on “In Conversation with Richard Palmer”